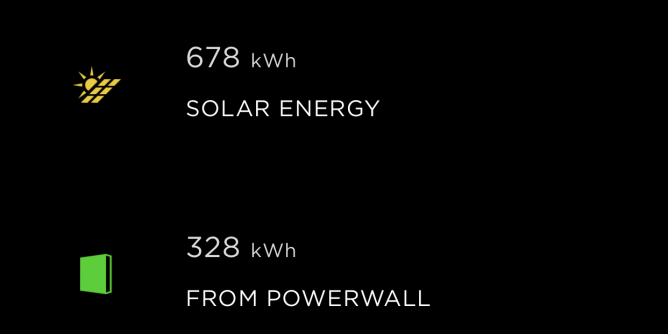 If you have been following some of my previous blog posts you’ll note that I have been posting monthly (or so!) updates on the savings my family has had on our energy bills since adding solar and two Tesla Powerwall 2 batteries.

I’ve started to become more active on YouTube so have added some thoughts in the clip above but will drill down on some more of the analysis below. A special thanks to the user swainstm on Whirlpool who made some comments around my past analysis so I will take some of that into consideration below.

A caveat on some of the figures I comment on. I’m on an AGL TOU plan which actually makes it quite difficult to break down the figures per time period as the Tesla app isn’t very historical and our Enphase system counts all the battery charging as solar consumption. For the “pre-solar/battery” costs, I’ll use a standard all day figure of around $0.23 per kWh moving forward. The other item that makes it quite difficult is that Tesla calculates a month as the previous 31 days where that doesn’t always line up with AGL’s billing period so the figures could be slightly off.

June figures without Solar and Powerwall 2

June figures with Solar and Powerwall 2

Savings specifically due to Powerwall